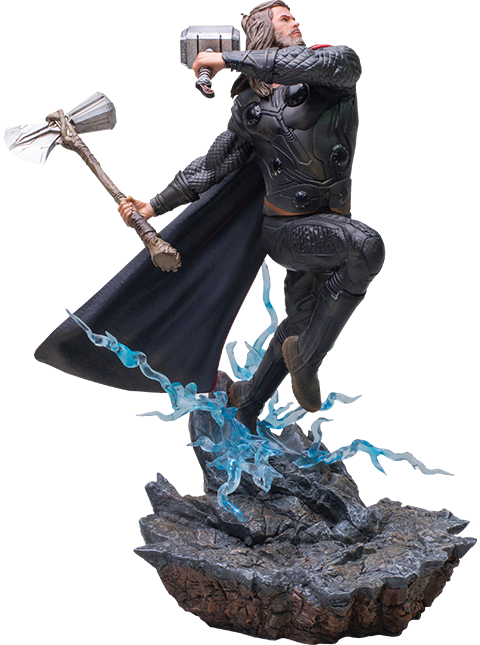 Created by Jack Kirby and Stan Lee in 1962, Thor is the prince of Asgard and Son of Odin. Arrogant and impulsive, Odin sent Thor to Earth to teach him the virtue of humility. Thor owns the magic hammer Mjölnir and is a founding member of the Avengers as one of Marvel's most powerful heroes.

In the Marvel Cinematic Universe, the God of Thunder is played by Chris Hemsworth. After losing Mjölnir in Ragnarok and creating his new weapon Stormbreaker to confront Thanos in Infinity War, Thor could not stop the Mad Titan. In Avengers: Endgame, the hero returns alongside the original Avengers to try to reverse the decimation Thanos has caused.

This 1:10 Battle Diorama Series Art Scale version of Thor displays him with his new look wielding both of his weapons on a fully detailed base with first time thunder effect.

WHAT'S IN THE BOX?