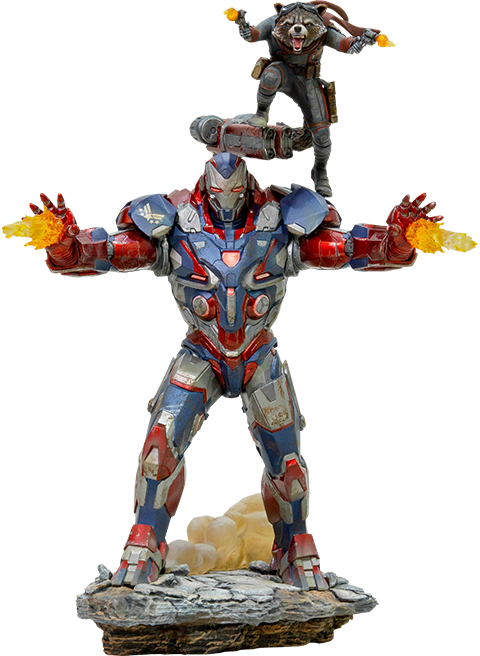 Lieutenant Colonel James Rhodes, Tony Stark's best friend, is known for the armor codenamed War Machine. After joining Captain America and the Avengers to fight against Thanos, War Machine's armor is damaged in combat, prompting the hero to activate the second and most powerful version of the Iron Patriot.

In combat he takes action alongside Rocket, an anthropomorphic raccoon and surviving member of the Guardians of the Galaxy after Infinity War. With the voice of Bradley Cooper, Rocket is a master of weapons and strategy.

In this 1:10 Battle Diorama Series Scale Statue, Iron Studios brings both characters together to join the Avengers Endgame diorama.

What's in the Box?

* Size and weight are approximate values.